Today’s Google Doodle celebrates India’s all-time best singer and the legend Mohammed Rafi. Notable for his voice, versatility and command over different genre, Rafi rendered the best of classical numbers to patriotic songs, sad lamentations to highly romantic numbers, qawwalis to ghazals and bhajans. He was so good that he could mould his voice to the persona of the actor who was to play the song on screen. Actors like Shammi Kapoor, who recently passed away, relied on him and made his voice as his own voice on the screen.

In his career, spanning over four decades, Rafi sang over 7400 songs. He was the only Hindi film singer who sang in other Indian languages like Konkani, Bhojpuri, Odia, Punjabi, Bengali, Marathi, Sindhi, Kannada, Gujarati, Telugu, Magahi, Maithili and Urdu with decent success. He also rendered in English, Persian, Arabic, Sinhalese, Creole and Dutch.

Mohammed Rafi was born to Hajji Ali Mohammad in Kotla Sultan Singh, a village near present-day Majitha in Amritsar district of Punjab. At the age of 13, he began imitating chants of a fakir in the streets. In 1935, his father moved to Lahore, where he learnt lessons of Classical Music from none other than Ustad Abdul Wahid Khan, Pandit Jiwan Lal Mattoo and Firoze Nizami, they all were names in their genre during those days.

Rafi began his official playback singing career in 1941 under Shyam Sundar. He sang “Soniye Nee, Heeriye Nee” with Zeenat Begum in the Punjabi film Gul Baloch which was released in 1944. Impressed with his voice, All India Radio, Lahore invited him to sing. In 1944, moved to Mumbai and then came his first Hindi film debut in Gaon Ki Gori in 1945 which really impressed many musician of that time including Naushad and later on he became the voice of those musicians and actors. But it took him four more years to get the solo song. It was offered to him by Naushad (Chandni Raat, Dillagi and Dulari), Shyam Sunder (Bazaar) and Husnalal Bhagatram (Meena Bazaar).

Rafi’s association with Naushad helped him establish himself as one of the most prominent playback singers in Hindi cinema. Songs from Baiju Bawra (1952) like “O duniya ke rakhwale” and “Man tarpat hari darshan ko aaj” furthered Rafi’s credentials. Rafi ended up singing a total of 149 songs (81 of them solo) for Naushad. Other music director like S.D.Burman used Rafi as a singing voice of Dev Anand and Guru Dutt. Rafi worked with Burman in 37 movies, including Pyaasa (1957), Kaagaz Ke Phool (1959), Kala Bazar, Nau Do Gyaran, Kala Pani , Tere Ghar Ke Samne (1963), Guide (1965), Aradhana (1969), and Abhimaan (1973).

Rafi’s partnership with Shankar Jaikishan was among the most famous and successful in the Hindi film industry. Under Shankar-Jaikishan, Rafi produced some of his songs for actors like Shammi Kapoor and Rajendra Kumar. Out of six Filmfare awards, Rafi won three for Shankar Jaikishan songs – “Teri Pyari Pyari Surat Ko”, “Baharon Phool Barsao” and “Dil Ke Jharokhe Mein”. Rafi sang a total of 341 numbers (216 solo) for Shankar-Jaikishan.

Rafi and O. P. Nayyar (OP) created music in the 1950s and 1960s. O. P. Nayyar was once quoted as saying “If there had been no Mohd. Rafi, there would have been no O. P. Nayyar”. He and Rafi created many songs together including “Yeh Hai Bombay Meri Jaan”. He got Rafi to sing for singer-actor Kishore Kumar – “Man Mora Baawara” for the movie Raagini. Later, Rafi sang for Kishore Kumar in movies such as Baaghi, Shehzaada and Shararat.

In 1978, Rafi gave a performance at the Royal Albert Hall and in 1980 he performed at the Wembley conference centre. From 1970 until his death he toured around the world extensively giving concert performances to packed halls. 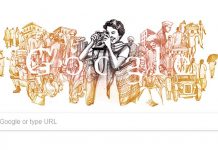 Who was Sitara Devi? Why Google Doodle celebrates her 97th birth anniversary today? 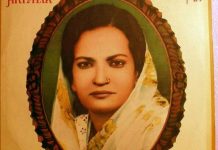 Who was Begum Akhtar, the Queen of Ghazals