The decentralized nature of Bitcoin means that its value is not affected by governments or local factors; a situation which makes it particularly popular for Africa

Bitcoins and other cryptocurrencies have exploded in popularity in recent times. From the insane valuations seen back in 2017 to the recent resurgence of Bitcoins, we can only expect cryptocurrencies to become increasingly popular with time.

On the African continent, cryptocurrencies like Bitcoin have become the standard medium of exchange for a variety of reasons that range from ease of use to a lack of stability in government institutions. The decentralized nature of Bitcoin means that its value is not affected by governments or local factors; a situation which makes it particularly popular for Africa.

Nearly 2 decades into the new millennium, citizens across Africa have turned to Bitcoin and other cryptocurrencies as a means to transfer their funds. While one may be tempted to jump on the bandwagon, cryptocurrencies are not without their fair share of risks.

Thus, before you start investing for yourself, take a look at some of the risks affiliated with Bitcoins.

2 years ago, Bitcoin or BTC was valued at a whopping $19,783.06 during the height of the Bitcoin craze. During this time, it was estimated that prices increased by approximately 230% within less than a year.

Overnight, crypto millionaires were made, and Bitcoin exploded onto the mainstream. Exactly a year later, prices fell to below $4,000 as the market went into a freefall. This meant that if you bought Bitcoin in 2017, you’d end up losing nearly 80% of your investment in the blink of an eye.

The extreme volatility of the cryptocurrency makes it exceptionally easy to lose large sums of money within the blink of an eye. Thus, when investing in crypto, always make care to make small investments while keeping an eye on market conditions.

The unregulated nature of the Bitcoin market means that victims of crime are typically left with no legal recourse whatsoever. With a single Bitcoin being worth a small fortune, it should come as no surprise that thieves, hackers and scammers are working overtime to get their hands-on other people’s Bitcoins.

The Mt Gox heist(s) should be a clear example of how risky the Bitcoin market actually is. A total absence of oversight means that even the most trustworthy crypto exchanges are not safe from hackers and thieves.

When you first start investing in Bitcoins or other cryptos, always ensure that you make use of a cold wallet while keeping your hardware safe at all times. Take the time to conduct a market survey to see which is the best wallet for you.

Despite being one of the key benefits of cryptocurrency, the lack of government oversight and intervention is also one of its biggest weaknesses. The lack of regulation means that all parties do not have any incentive to act in an ethical manner.

Naturally, this adds to the risk of moral hazard which places investors and even economies at significant risk. For example, an alarming amount of pump and dump schemes have begun appearing in the cryptocurrency market.

Pump and dump schemes artificially inflate the value of obscure cryptocurrencies by conning unwitting victims into investing large sums of money into said cryptocurrency. From here, these scammers are able to sell a largely worthless coin at inflated prices thus earning huge profits.

This phenomenon is not reserved to obscure coins alone, Bitcoin pump and dump schemes are also particularly prevalent. In an unregulated industry, scammers and con men are able to act with impunity.

[wpdiscuz-feedback id=”xicrvupgmh” question=”In your view, how can we minimize the challenge associate with investing and buying Bitcoins?” opened=”0″]Investing and buying Bitcoins can be a stressful affair with high levels of risk. [/wpdiscuz-feedback]However, there are some online exchange platforms, like eToro, that allow you to trade stocks, shares and cryptocurrencies, you can invest in peace with minimal risk. Read more about in in this eToro review. 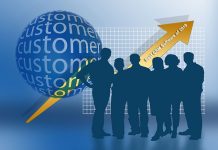 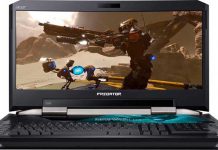 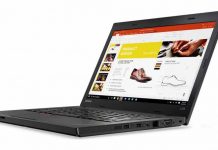 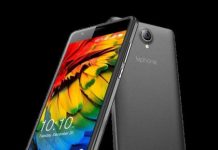 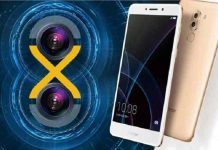 Huawei Honor 6X review: Differentiating dual-rear camera, but is that what you want?