World Health Day 2019: Billions of people are living without safe water. Their households, schools, workplaces, farms and factories are struggling to survive due to scarcity of safe water. Vulnerable groups such as women, children, refugees, indigenous peoples, disabled people, among others are often overlooked and sometimes face discrimination as they try to access and manage safe water. In keeping with this context, the theme for World Water Day which was celebrated on March 22, 2019 was ‘Leave No One Behind’. This theme was an adaptation of the central promise of the 2030 Agenda for Sustainable Development 6 (SDG6) which states that as sustainable development progresses, everyone must benefit.

In 2010, the United Nations recognised ‘the right to safe and clean drinking water and sanitation’ as a human right that is essential for the full enjoyment of life. The right to water states that everyone without discrimination must be able to access sufficient, safe and affordable water for personal and domestic use; which includes water for drinking, personal sanitation, washing of clothes, food preparation, and for personal and household hygiene.

But many reports indicate this dream yet to be realized. As many as over 2.3 billion people globally cannot access basic sanitation, which results in an estimated $260 billion of economic loss annually. India accounts for 60 percent of all people in the world without access to sanitation. While one section of the people need to be educated on why a toilet is important, a large part of the Indian population continues to practice open defecation, primarily because they do not have access to either toilets or their toilet systems do not address the challenges they face while installing, maintaining and using them.

Two major challenges that India faces: first is waste generation and its management and the second is lack of access to a basic sanitation facility like a toilet.  Approximately 47,000 Twin-Pit Pour-Flush (TPPF) latrines are built in India every day, but most require more than five litres to flush and feature a junction box for switching between pits that is prone to clogging.

As per Delhi Science Forum, the current usage of water for flushing toilets in Delhi is about 20 litres per household of five person per day. What is needed is to encourage use of toilet and reduce usage of water for flushing. And, that is what new technology like SATO V-trap connection system enable. It takes only 500 ml water per flush and this could be a good option for providing a reliable, hygienic and an affordable toilet solution specially in the rural areas. In fact, this technology has been recommended by the government’s Dr. Mashelkar Committee on sanitation as a water saving technology.

90% of companies in India have at least one CSR programme that deals in sanitation. Similarly, Public Sector Units (PSUs), private organisations as well as individuals have contributed approximately Rs 10006 crores towards the Swachh Bharat Kosh since October 2014. The time is ripe on this World Health Day 2019 to pledge to use low cost technology to improve sanitation, reduce water wastage and improve health outcomes in rural India.

The author is Head of Public Affairs, LIXIL- Asia Pacific 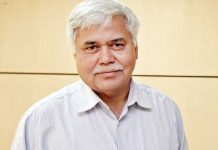 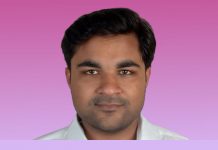 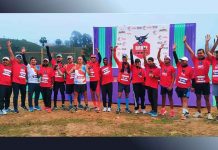 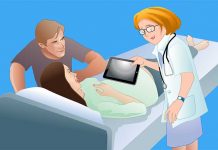 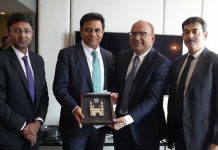 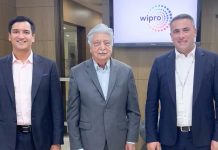 Wipro GE Healthcare ropes in Elie Chaillot to Board of Directors