The newly set up will help the Madhya Pradesh government monitor and administer multiple utilities and citizen services across seven cities in the state through a central cloud. These cities include Bhopal, Gwalior, Jabalpur, Indore, Ujjain, Satna, and Sagar. It will also enable state-wide monitoring of these cities from a central command view and result in significant cost savings as compared to deploying a full-fledged data and disaster recovery centre along with command control centres in each of these seven cities.

“Our vision to create cloud-based ICCC in Madhya Pradesh is driven by a future-focused vision for our cities and citizens,” said Chandramauli Shukla, Chief Executive Officer, BSCDCL, adding that now government has seamless access to the requisite hardware, IoT design, advisory and integration solutions, which enables government to offer smart city based services to citizens. 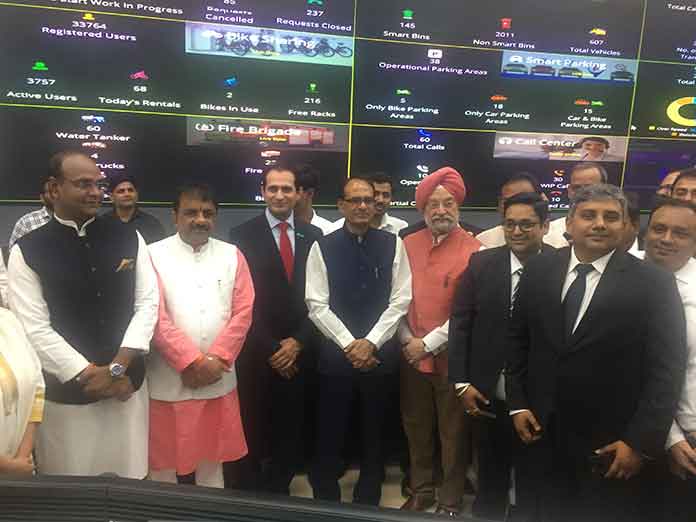 The HPE Universal IoT platform adapts and integrates thousands of discrete sensors and applications on the platform. It also enables the state government to remotely manage and control various citizen services via a single platform.

“As development of smart cities across the country gains momentum, citizens can look forward to enhanced safety, services, and quality of life.” said Som Satsangi, MD

IT Asset Disposition market to reach $31.8 billion by 2032 owing to environmental, regulatory and data breach concerns

Rath comes with 22 years of banking and insurance experience in India and Myanmar, and has strong distribution experience.

Tech Mahindra on expansion mode, to hire 1,000 associates this fiscal

IT Asset Disposition market to reach $31.8 billion by 2032 owing to environmental, regulatory and data breach concerns