Samsung, Apple, Huawei, Oppo, Vivo lead the growth for smartphone shipments in first quarter of 2017 which grew 4.3% in Q1. IDC says a total of 347.4 million smartphones worldwide were shipped.

According to IDC, first quarter growth came from a handful of Chinese OEMs. “The clear leaders are Huawei, OPPO, and vivo, which have all well outpaced market growth for over a year now. And as these companies gain share in new territories the potential to continue this trend is high,” said IDC. 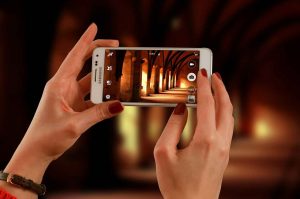 Samsung regained control as the leader in the worldwide smartphone market despite a flat first quarter (0% year-over-year growth). IDC said, “Substantial discounts on the Galaxy S7 and S7 edge helped move last year’s flagships as they make way for the new S8 and S8+.”

IDC is of the view that outside of the high end, the product mix continues to shift toward more affordable models. The J-Series and A-Series drove significant volumes in both emerging and developed markets thanks to flagship-like design at more affordable price points.

A refreshed A7, A5, and A3 earlier this quarter, along with a recently updated J-Series, and new flagship S8/S8+ should give Samsung a well-balanced portfolio across all regions in the second quarter. An early positive response to the recently launched S8 and S8+ looks promising as it may have finally put Samsung’s Note 7 fiasco to bed, said IDC. 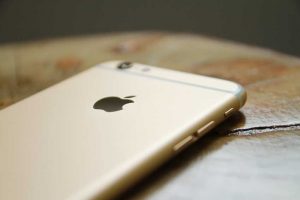 Apple remained essentially flat with shipments reaching 51.6 million units in the first quarter, up slightly from the 51.2 million shipped last year. The strong holiday fourth quarter carried into the month of January as the larger iPhone 7 Plus returned to stock across most channels in numerous regions.

Apple introduced a refreshed iPhone SE with more storage capacity (32GB and 128GB) that puts the mid-tier device in line with the rest of the iPhone portfolio. The Cupertino-based giant also refreshed its flagship smartphone by bringing (Product)Red over to the iPhone which paints both the iPhone 7 and 7 Plus in a new red finish.

Finally, rumors of a special edition 10th anniversary iPhone continue to grow as a pending new design, screen size, and performance upgrades all look to be in the works for the fall. 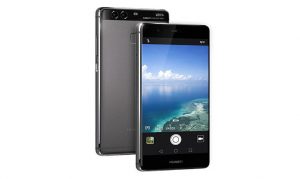 Huawei sustained its dominance in China growing nearly 22% as shipments climbed from 28.1 million units last year, to 34.2 million units in the first quarter of 2017. Huawei once again demonstrated its stable position in the premium market with the P and Mate Series, and a strong presence in the affordable sector with its Y Series and Honor brand.

Although Huawei announced earlier in the month that the Mate 9 has sold over 5 million units since it launched in November, here in the U.S. the device, as well as the brand, has failed to grab consumer’s attention. This U.S. attention is something they will need if they aspire to displace the two market leaders.

The launch of the new P10 flagship and the new P10 Plus at the very end of the quarter presents consumers a valid third option (outside of Apple and Samsung) for the coming quarter thanks to both premium design and similar performance. 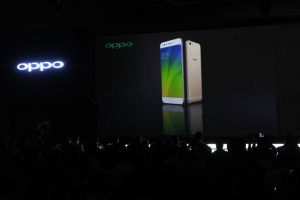 OPPO’s midrange, camera-focused R9s was a crucial model in China that helped it to see strong shipments in the market. OPPO’s growth has in fact been stronger outside of China with nearly a quarter of shipments from international markets.

In the rest of Asia and to a smaller degree in the Middle East and Africa regions, its strong retail presence has helped it to grow further in its business. It has been aggressive in both above-the-line and below-the-line activities in India, and stepped up with its after-sales service efforts in several Southeast Asian countries such as Indonesia by increasing its number of service centers. 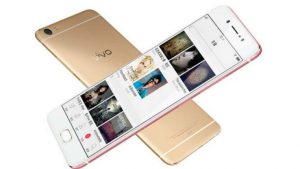 Vivo also relied on a key model with the x9 in China that continued to generate a lot of hype around its selfie camera features, targeted at the under-30 crowd. It stepped up with its marketing efforts in India and was as a sponsor of the Indian Premier League 2017, helping to increase vivo’s brand presence in the market, while also increasing the number of exclusive stores in India.

In Southeast Asia, it continues to have its own promoters aggressively pushing its phones in the market. In Indonesia, it has also promised consumers single-day phone repairs as a differentiator to the competition, said IDC

High on growth in India, Apple sells over 1.2 million iPhones in June quarter

In his new role, Kasinathan will lead the SaaS and other technology service business lines derived from Censa’s unified comprehensive food tech platform.

WhatsApp ready with 3 new privacy features, no screenshots on view once messages soon

US BigTech companies including Google and Apple delist’ about 600,000 ‘mistrustful’ apps

High on growth in India, Apple sells over 1.2 million iPhones in June quarter