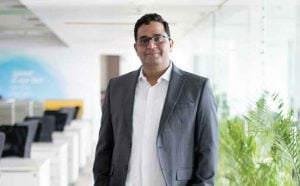 It is a digital economy budget. Government has pushed the digital theme in every area of the budget. Every person from a small shop to consumers is pushed towards the digital economy. Tax benefits, incentives to use digital payments and extending loans based on a digital footprint will create a larger merchant ecosystem for digital payments. Incentives for labour intensive sectors including housing, farming and dairy will help SMEs to create new jobs. Focus and attention to bank NPAs, as well as increasing bank capitalisation is great step towards strengthening the financial system of the country. Finally, the income tax rate changes will encourage more people to report their incomes and create a larger tax net for the country. Overall, it is a great budget that will encourage people to move to the formal economy and derive benefits. 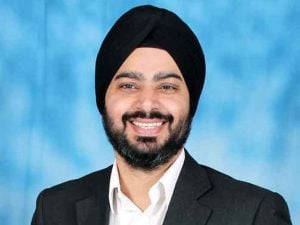 Big digital push is the thrust of the Budget and is a very welcome and the right move for the future growth of the economy. I commend this progressive budget that invests heavily in technology and digitization. The focus on digital payments will lead to revolutionary transformation in Indians’ payment habits. Digital payments will be the new normal in 2017 and we are very excited about this. As we become more digital, India will see new taxpayers and better transparency in incomes.

Upgrading digital infrastructure to support cashless transactions in rural and semi urban areas will encourage more merchants and consumers to transact on non-cash and online platforms. However, we feel that the government must have also considered promoting startups in the digital payments and digital security areas. Secure digital transactions is the only way to sustain India’s habit of cashless payments.

The budget also promoted the startup ecosystem with tax benefits. Reduction in the corporate tax for Medium and Small Scale Enterprises (MSMEs) to 25% will also go a long way in attracting more investment in the country. It will surely give the domestic sector a massive push and indirectly help the country in restoring its healthy GDP growth forecast.

Overall the Budget proposals look to boost consumption. The impetus on affordable housing and rural infrastructure will boost lower and middle income and translate into consumption. 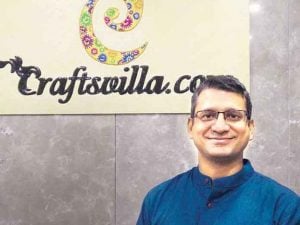 There is nothing big bang in this Union Budget. There is very little for startups and e-commerce. Abolition of FIPB would hopefully make FDI easier. Was looking forward for the Government to take more proactive actions on areas like handloom and tourism that has huge potential for India. Would have also loved it if they announced developing handloom parks or heritage parks across the country with better facilities.

The Union Budget 2017-2018 is a progressive economy budget. The government has mentioned everything right from reducing fiscal deficit gap to cleaner GDP growth, expansionary nature of monetary policies to reducing the tax for income bracket of Rs 5 lakh.

Profit linked-deductions for start-ups getting reduced to 3 years out of 7 years is a big relief for the startup ecosystem. Until, last year government had given three year tax holiday and MAT (Minimum Alternative Tax) which was going to expire by 2019 and now has been extended to 7 years. However, there are a lot of things I was hoping 2017 Union Budget to touch upon for example policies to ensure that capital is easily accessible to entrepreneurs, repatriation of money coming to India, R&D credit,  no capital gain for any kind of start-up sale or exit and to make foreign listing for any Indian company straightforward.

These pointers should have been addressed. Nevertheless, increasing the tax holiday from 3 years to 7 years is a welcome change and startup friendly.

I hope with the Union Budget 2017, GDP moves in an upward direction this financial year vis-à-vis calendar year 2016 which was negatively affected due to demonetisation. 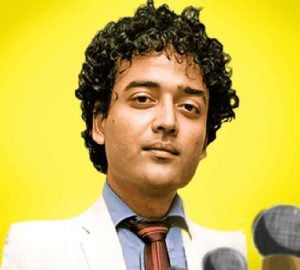 Often, for start-ups and MSMEs, the smaller funds at critical points have the potential to change their operating landscape. The budget has several provisions for start-up that can help them conserve that amount. Taxes for start-ups and small businesses have seen a dip, with the profit-linked deduction available to start-ups for 3 out of 5 years extended to 7 years now. The Income Tax for MSME up to 50cr turnover has been reduced to 25% and the presumptive income tax for enterprises whose turnover is up to Rs.2 crore has been reduced to 6% from 8%. These measures bring down the operating expenses and give start-ups a little more breathing space and room to conserve resources and grow.

The FM also mentioned potential amendments to the excise and labour laws, which could further boost ease of doing business. There is increased investment in education and skill development, which will help generate a more skilled workforce and fill a very important gap. The reforms in FDI policy have also streamlined the entry of FDI into the country, leading to a 36% increase in FDI inflow despite a 5% dip in global FDI inflows. The further FDI reforms on the cards mean that this is great time for investors to enter the country and do business with us, which could boost the start-up sector even more. 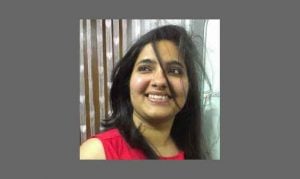 Budget 2017 has brought a great boost to healthcare and digital economy. Increased government focus on health care, especially on women health which has been untouched for long, will provide a strong foundation for startups like Ela which focusses on women reproductive health. Barring cash transactions above Rs. 3 Las will entirely flip the game towards going digital for all large transactions. Also, lowering of corporate tax by 5% for MSMEs will bring cheer to all entrepreneurs. Mr Jaitley has also proposed to further liberalise the FDI policy which is an important step required to facilitate external funding and investments. 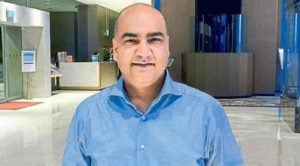 The main positive aspect which I see for startups and SMEs for companies with less that 50 cr of turnover is that tax rate has been reduced from 30 to 25% which should come as a big relief for startups. Most of the startups we invest in have less than 50cr revenues.”

While changes to the tax holiday are a welcome move, most startups in the first few years of their existence do not earn a profit.

Hence increases in the concession period who have helped the startups better. Also last year only a handful of startups were allowed tax rebate hence changes to the policy to bring in more startups into this fold would have been more beneficial to the startup ecosystem.

The Union Budget announced today, reinstates the government’s focus on creating a holistic growth opportunity for early stage start-ups in the country. The tax holiday for startups for three out of seven years of setting up the company, will ease the business process. This will lead to a positive growth environment in which new businesses can operate and thrive, moreover it will also allow early stage startups the right kind of headway required to kick start their operations. 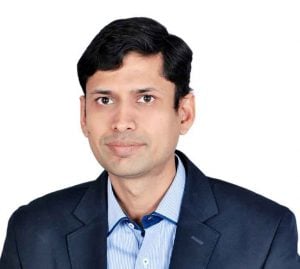 The Union Budget 2017 is quite positive. Mr. Jaitley has nicely balanced the activities post demonetization with strong focus on rural economy and infrastructure. It’s a welcome move to reduce the corporate tax for SMEs to 25%, which will give breathing space for a significant section. Also, abolition of FIPB will ensure that there will be lesser road block for entrepreneurs to invest in the country in multiple sectors. Government has shown its decisiveness in rolling out GST, which is going to be a tax reform milestone.

The company made the announcement in a letter posted to its official WeChat account addressed to its Chinese users without elaborating on the reasons.