PokerStars India has finally rolled out its first-ever television commercial, starring none other than the Sacred Games star, Nawazuddin “Nawaz” Siddiqui. In a bid to secure a wider audience reach, the online poker brand has recruited Siddiqui who is also the first mainstream Bollywood star to join the PokerStars team. However, Bollywood stars are no stranger to poker. Famous celebrities like Minnishha Lamba and Anita Hassanandani are brand ambassadors to Adda52 and PokerRaj, respectively.

The unmatched success of Nawaz personified in roles such as Shaikh in “Lunchbox” and Faizal Khan in “Gangs of Wasseypur” are sure to rope in his fans to participate in the online gaming sphere through the captivating and entertaining commercials.

Nawaz was born the eldest among seven siblings in a joint family of farmers in a small town and tehsil in Muzaffarnagar district, Uttar Pradesh, India. Waiting for the opportunity to be a performer all his life, Nawaz decided to enroll in the National School of Drama (NSD) to pursue his dreams. In Mumbai, he experienced some of his toughest and lowest moments but never gave up on his dreams to become an actor. Over the years, the 44-year-old climbed the Bollywood ladder by acting in supporting roles in movies like Kahaani and “Peepli Live” to playing the lead in critically acclaimed movies like “Haramkhor” and “Kick.” Building on his popularity, PokerStars India has masterfully utilized Nawaz’s charming presence on-screen to create engaging and fun commercials to increase their brand visibility.

You can catch Nawaz in the three video promos released on the official website of PokerStars India, each with a different narrative. While each promo highlights the varied skills needed to play poker, the audience has to catch Nawaz’s bluff by voting on PokerStars India’s website. The winners will be eligible to receive up to five Freeroll Poker Tournament tickets where they can win Tournament Money and cool gadgets. The winners can use this ticket to play the “Bluff Catcher Freeroll” tournament that takes place every Sunday at 8 p.m. IST from March 3–31, 2019.

“It’s a great pleasure to be associated with PokerStars India,” said Nawaz in a statement to the press. He also remarked on how poker has caught his fascination for some time now. He believes the game hits the magic balance between being easy to learn yet challenging as it gives ongoing opportunities to master the game and increase one’s knowledge. He mentioned how PokerStars’ “wide range of tournaments and games, excellent 24/7 customer support, top-level security and award-winning software” have contributed to its status as one of the most popular and trusted poker brands in the world. His press statement also revealed his excitement to improve his poker skills, alongside some of the best professional poker players at PokerStars India.

“We are delighted to partner with Nawaz for this ground-breaking TV advert,” said Ankur Dewani, CEO of Sachiko Gaming, who is responsible for the PokerStars India operations. He further commented on how Nawaz’s superstar status is the result of his great resilience, determination and skill, making him a perfect brand ambassador. PokerStars India values hard work and skills as the key attributes belonging to poker players and couldn’t have teamed up with anyone more suitable for the role.

Ogilvy, the creative agency behind the advertisement, has combined the concept of bluff and entertainment in a genius way through the fun and engaging narratives.

Online poker has increasingly made waves in the Indian gaming industry, standing at Rs. 700 crores at present, according to reports. With a growing number of players in the digital gaming sphere, especially poker, companies now invest millions to be a part of the booming industry. 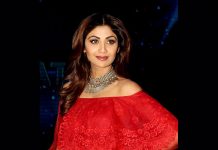 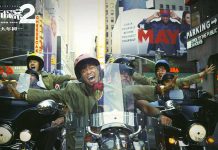 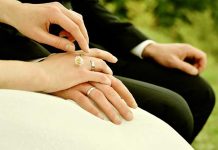 Valentine’s Day: Top 3 tech platform to bind your special one 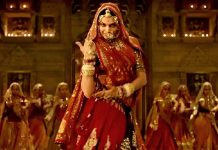 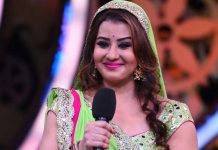