A 50:50 joint venture promoted by SAIL and TATA Steel, mjunction claims to run the world’s largest eMarketplace for steel. The company says that it has changed the way steel and coal is bought and sold in India and now, aims to repeat the same with sectors like oilfields, foodgrain and forest produce. In an exclusive interview with TechObserver.in’s Sanjay Singh, Vinaya Varma, CEO, mjunction says that since company’s inception in 2003, the transaction value has grown from Rs 94 crore to Rs 68,349 crore in 2017.  “In the coming years, we expect a lot of demand for e-procurement and Super Aggregator Services (SAS),” he said.

2017 was an eventful year for us. The year began with our maiden venture into e-auction of Commercial Paper for SAIL. We aggressively entered new categories –oilfields, foodgrain and forest produce – to name a few. We have ended the year with a bang – with the signing of a large value procurement service contract. By this, mjunction will become an exclusive supplier of a host of non-critical and low-value items for the client, replacing nearly 2,000 vendors.

The year also saw mjunction consolidating its existing businesses. Steadily increasing our share, we now do all the rough diamond e-auction for a PSU mining company. Our steel business, which is one of our oldest and most mature businesses, conducted its first ever primary steel sales event, diversifying from its stronghold of secondary steel.

One of our significant milestones during the year has been opening our first overseas office in Dubai UAE in order to take advantage of the market potential in the Middle East. mjunction is also going ahead with its plan to target the international audience in other geographies at a more aggressive pace.

Another significant milestone in 2017 was the launch of Invoicemart, a digital invoice discounting platform created by A. TREDS, a joint venture of Axis Bank and mjunction. In fact, Invoicemart also reached a performance milestone of “Rs 100 crore in 100 days” during the year.

In 2018, mjunction plans to cash in on its international ventures. Its business in UK is also picking up pace, and you may soon see us having a stronger base there. It also plans to steadily transform all its e-marketplaces into complete platforms, which will encompass the entire spectrum of B2B e-commerce – buyers, sellers, financiers, inspection agencies and logistics providers.

What are the three key trends that you see having significant impact on your business in 2018?

Three key trends which might have a significant impact in the areas where we have business interests are: Process automation through Artificial Intelligence and machine learning, Data Analytics and consumer behavior. These key elements combined together can automate any procurement process and with data available can predict and simulate expenses, prices and volumes. Machine Learning will be used in our metals e-auctioning to achieve a high success rate by correct price forecast and getting the right buyers.

What are the key verticals that are driving demand for your services?

The key verticals which will drive demand for our services are steel and infrastructure. The last few months of the year has seen a spike in steel demand, primarily caused by demand from infrastructure projects. We are also excited by the opening up of the agri-sector both for e-procurement and e-auction.

What are the new verticals in which you see demand for your services in future?

In the coming years, we expect a lot of demand for e-procurement and Super Aggregator Services (SAS). SAS works on the “buy-stock-sell” model where mjunction acts as a single vendor for all non-strategic, indirect and non raw-material items for manufacturing units. In doing so, it leverages its power of aggregation backed with customisable IT systems and localised warehousing facility. This combination results in multiple benefits for its clients. mjunction is providing SAS to a major private Indian Aluminum manufacturer. Our solution will reduce vendor base by 70 per cent and mjunction will act as a single vendor for all non-strategic buys or C-class consumables.

How are you placed with government projects specially on auction and procurement?

The roots of our transparent, efficient and cost effective services lie in the online based tech platform we provide to our clients. Our digital platforms brings the buyer and the seller together for all of their transactions. It completely eliminates the role of middlemen. Our platforms are designed for maximum transparency. We have also invested in data analytics which is able to report instances of cartelization, rigging or any such mal practices.

mjunction has been auctioning foodgrains for FCI, apart from this we have been awarded the mandate from Directorate General of Hydrocarbons (DGH) for e-bidding of oil fields and gas fields which is going to save $8billion annually for the government. We have also conducted spectrum auctions for the Department of Telecom and recently DoT has been awarded by CVC (Central Vigilance Commission) for transparency in conducting the spectrum auctions. I met Prime Minister Narendra Modi during the ‘New India’ meeting and suggested doubling farmers’ income by selling their produce online and bypassing middlemen. These are some of the vital projects where we have contributed towards the Digital India and New India vision of the government.

How has been the growth in your total revenue and how each of the businesses has contributed?

Since our inception in FY03, our transaction value has grown from Rs 94 crore to Rs 68,349 crore in FY17. Our services such as the e-selling platform for secondary steel and raw materials saw an increase in revenue by 28 per cent in FY17 over FY16. The Super aggregator service grew more than 50 per cent through acquisition of some major clients and addition of nine new product categories to its portfolio. Our e-procurement service bagged 19 new clients in FY17. 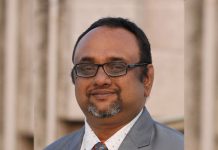 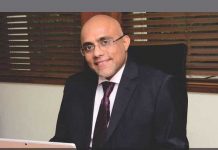 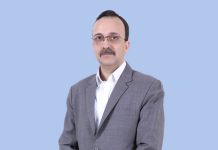 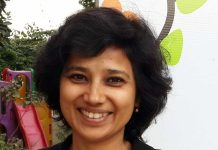 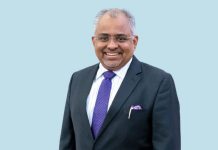 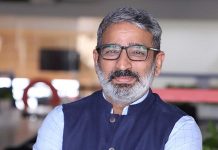