The hero of Google hardware launch is software

The hero of Google hardware launch is software

Google did emphasise on camera quality of Pixel phones, and competitive price of Google Home Mini at $49 but one thing that really set the entire conversation apart is its focus on software

Google did emphasise on camera quality of Pixel phones, and competitive price of Google Home Mini at $49 but one thing that really set the entire conversation apart is its focus on software

Technology giant Google showcased smart home, smartphone and virtual reality products on Wednesday. In an event in San Francisco, US-based firm launched number of products including Pixel 2 and Pixel 2 XL, Pixelbook laptop and Google Home speakers. Google, compared to already well-established players like Apple, Amazon and Microsoft is new entrant to Gadget segments, but smartly it touch upon all the key factors dominating the market. In today’s launch, Google did emphasise on camera quality of Pixel phones, and competitive price of Google Home Mini at $49 but one thing that really set the entire conversation apart is its focus on software – boasting of Google Assistance, continuous reference to Artificial Intelligence, Machine Learning and showcasing its search capability and integrating it with its newly launched products.

Consumer electronics is already a crowded market with established players, however Google’s partnership with companies like Samsung, HTC, Lenovo, Acer among others have brought some successful products. And, now it focus on AI, Machine Learning and Google Assistance and their integration with the hardware products gives Google a leeway to explain the values to the customer.

Google has launched Google Pixel 2 and Pixel 2 XL smartphone. Both the smartphone are available in three colours – blue, black and white. They have similar specs and features except their sizes. Pixel 2 comes with a 5-inch screen, while Pixe 2 XL is 6-inch smartphone. In the US market their price start at $649 (roughly Rs. 42,235) for Pixel 2, and $849 (approximately Rs. 55,250) for Pixel 2 XL.

In camera segment, Google Pixel 2, Pixel 2 XL has best to offer. On the stage, Google executives Aparna Chennapragada and Rick Osterloh explained in details the functionality of the photography section. Not only the camera section but most of the other section of the newly launched device has been improved and made more intent based due to close integration of Google Assistance.

Pixel 2 and Pixel 2 XL comes with a 12.2-megapixel rear camera with f/1.8 aperture and optical and electronic image stabilisation. The front facing 8-megapixel camera has an aperture of f/2.4. Google informed that DxOMark has given the new camera on Pixel 2 a score of 98.

Google announced that the newly launched smartphone will be available for sale in Australia, Canada, Germany, India, UK, US. 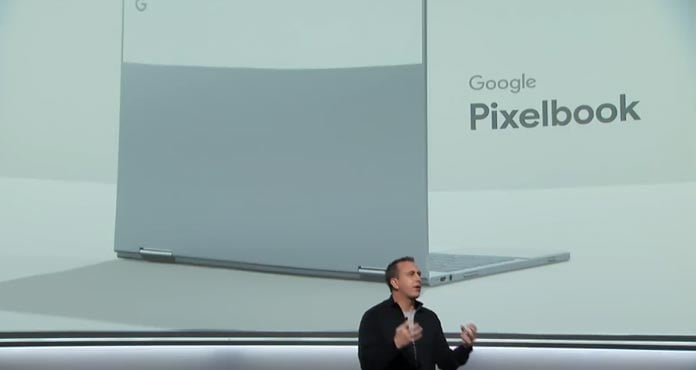 Google launched Google Pixelbook, the first laptop from Google. The first impression seems indeed a completely revamped and different product from previously launched Google Chromebook. Google Pixelbook is a very slim laptop. It has been designed to be used on the go. The 12.3-inch touch display comes with vibrant colour and sunlight legibility is amazing. The screen rotates a full 360 degrees – means it can be used as laptop or tablet. To make it more convenient for user, Google has also launched Pixelbook Pen but it does not come with box. You have to pay $99 for it.

The laptop weighs about two pounds, roughly the same as Apple’s super-thin MacBook. It matches the overall aesthetic of the Pixel phones, including the two-part back, with metal on the bottom and glass on top. Google Pixelbook is available with a Core i5 or Core i7 processor, upto 16 gigs of RAM, and up to 512 gigs of memory. It charges over USB-C, and the same cable can charge your phone.

Most important, it can run any Android app, either in a window about the size of a phone or full-screen on the laptop. It runs Chrome OS, which means you get Google’s latest security features. The keyboard uses touch processing algorithm to make the experience smooth. It has instant tethering option when WiFi connection is not available. It means when WiFi connection is not available, the laptop will automatically create connecting with mobile. The user need not to create hotspot.

Google Pixebook has been priced at $999. Both the laptop and Pixel Pen will be available in US, UK, Canada market. Pre-booking starts today and it will be available in store on October 31. Google said that it will be lauching its first laptop in different market shortly. Company has not confirmed as to when Google Pixebook will be launched in India. 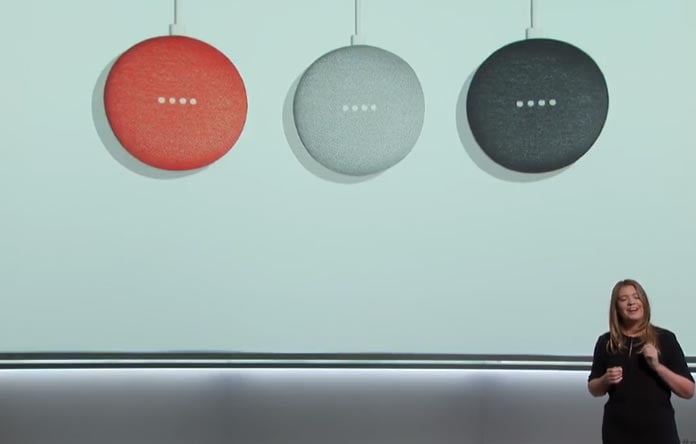 Company informed that Google Home will be launched in Japan next week. Google Home can be used in USA and Canada for making call on any number. This service will be extended to UK.

Google introduced Google Mini, the newest member of Google family. Google Mini is sleek and can be placed anywhere in the home. It is made out of fabric. It has four L.E.D light. One can adjust volume and can use it to talk to Assistance. It offer 360 degree sound. It will retail for $49. The online order could be placed from today and it will be available on October 9 in store.

Google and Nest have partnered on Google Home for Smart home. Nest says that it combine machine learning and gadgets to make people life easier. “With Google Chromecast, Nest and Google Home things will become easier. Nest Hello along with Google Home would be able to automate door management for homes, security and many other home affairs,” said Nest.

Google Rishi Chandra who takes care of Google Home business says that Google Home is aimed at helping people manage their home works easily. Google is offering Google family account for kids with less than 13 years of age. Their parents can create account and entire family can use Google home not only for family works but also for teaching and engaging kids. 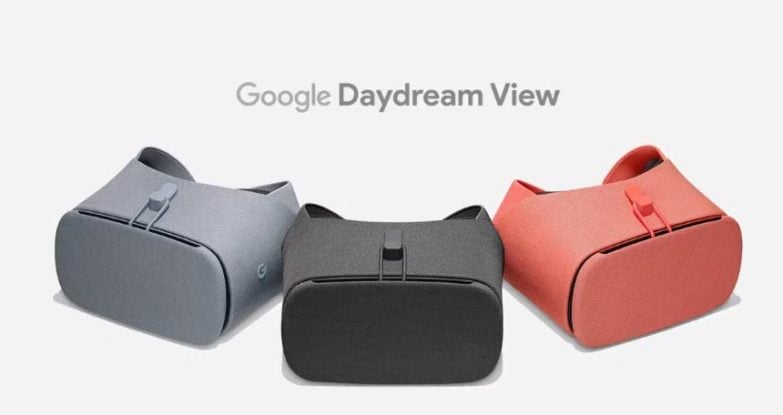