Norah AI can be used to create a wide array of interactive objects ranging from animations to entire games, all with the minimal human input, said Absentia

Norah AI can be used to create a wide array of interactive objects ranging from animations to entire games, all with the minimal human input, said Absentia

Bangalore based technology startup Absentia has launched the inaugural module of its animation tool Norah AI. The newly launched module is built for creating AI-based game design. According to AI firm, the first module of the system will primarily focus on animation. “Users will be able to choose from a large repository of pre-existing animations, or create entirely new ones by blending and tweaking different animations together,” said Absentia.

Absentia which is using artificial intelligence is funded by Exfinity Ventures. The tech startup claims that Norah AI can be used to create a wide array of interactive objects ranging from animations to entire games, all with the minimal human input. “Norah AI enable quick creation and incorporation of all game elements, including 3D models and their animations, game geometry, story weaving, and texturing,” said Absentia.

“Norah AI will change the way we think and go about game creation. What takes months, will soon take minutes. “Man-hours” will be replaced by “machine-seconds,” said Vrushali Prasade, the CTO of Absentia. In coming months, Absentia will roll out a series of modules to add to Norah’s current capabilities, enabling it to create fully playable games with a minimal human input. 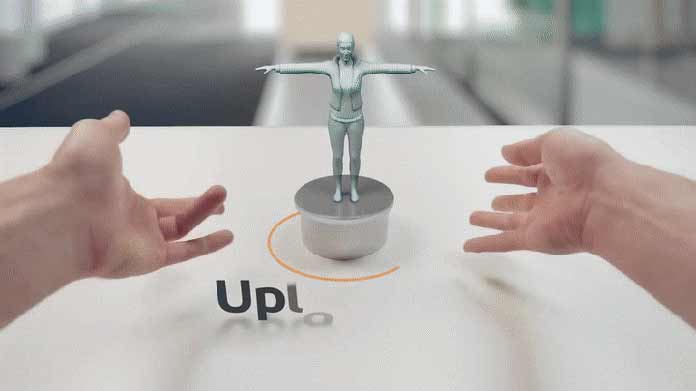 Adding a full skeleton and skinning weights to a 3D mesh is a cumbersome process if done manually from scratch. Even in the most sophisticated tools, rigging requires a manual definition of a skeleton and placing bone markers. Norah’s AutoRig tool uses deep learning to produce a full skeleton and a wide variety of movements without any manual effort. All that user needs to do is, upload a 3D model into AutoRig tool and get the rigged model back in the fraction of seconds. Automation of the rigging process frees up time for other mission-critical tasks and guarantees flexibility which is hard to attain via manual rigging.

AI-powered style transfer endows 3D models with aesthetic versatility and richness unattainable in hand-made animations. Norah AI, after studying millions of animation frames, is able to combine two animation styles to produce unexpected and stunning results. A Hip-hop dance combined with Bharatanatyam, zombie walking with a flavor of swarm behavior, are just a few examples of a plethora of new opportunities far surpassing limits, a human brain could possibly imagine.

It takes a while to create diverse hand-made animations. Often times, designers and animators struggle to envisage all possible movement types, facial expressions, and behaviors. These difficulties introduce bottlenecks to the game design process. Powered by the Machine Learning algorithms that leverage GANs (Generative Adversarial Networks) and other generative models, Norah AI is able to produce an infinite number of animations that meet functional and aesthetic requirements of the game design. Norah’s generative power and a strong rooted community stands behind a growing repository of platform agnostic and diverse pool of animations. The repository contains a wide variety of locomotion styles (crawling, walking in rough terrain, and so forth), detailed and complex dance forms, and combat animations that cater to a multitude of event-based requirements, design needs and game genres.

Artists and developers have traditionally shied away from facial animations given the level of complexity, precision, and finesse required in getting them right. With the state-of-the-art Machine Learning algorithms trained on thousands of face animation frames, Norah AI is able to generate an infinite number of subtle and versatile facial emotions. Norah creates the alchemy of facial expressions by mixing key emotional states along the human psychological spectrum. It achieves smooth transitions between neutrality and frustration, happiness and sadness, vigilance and sleepiness without any hand-made intervention. Thousands of nuanced facial expressions along with a generic facial rig will soon become a part of the enormous repository and an industry standard for emotion attribution. The tool will also contain a robust style transfer functionality similar to the body animation style transfer.

WhatsApp bans over 16.6 lakh accounts under new IT Rules in April

Under the expansion plan, the TKML is also expanding its training institution with capacity going up from 200 to 1,200 students (academic batch-wise).

WhatsApp bans over 16.6 lakh accounts under new IT Rules in April