A great advocate of cybersecurity, breach notification and individual privacy, Raimund Genes, chief technology officer for Trend Micro is no more. The cybersecurity genius whose way of letting the audience understand the complex issue of cybersecurity easily won the heart of many students, IT heads, journalist, cybersecurity experts, died unexpectedly of a heart attack on Friday, March 24, at his family home in Germany.

His firm said, “It is with great sadness that Trend Micro and its 5,500 employees around the globe have learned about the death of Raimund Genes, chief technology officer for Trend Micro. Genes, aged 54, died unexpectedly of a heart attack on Friday, March 24, at his family home in Germany.”

“It is with a heavy heart that I have to inform you about the incalculable loss of our dear friend and colleague Raimund Genes,” said Eva Chen, chief executive officer for Trend Micro in a note to all employees. “We are shocked and heartbroken. Raimund was an exceptional human being and a great leader. He was a confidant and friend and our heart goes out to his family.”

Raimund Genes was an integral part of Trend Micro during the last 21 years, building up the Trend Micro organization in Germany and Europe and serving as chief technology officer and an important public voice for the company.

“Trend Micro and the entire security industry have lost an exceptional visionary and a wonderful human being. Raimund’s talent, knowledge, passion and a great sense of humor will be truly missed,” said Jenny and Steve Chang, co-founders of Trend Micro. “Raimund was well known in the industry for his security knowledge, and he enjoyed using vibrant examples to educate audiences about the need for cybersecurity. As an integral part of our executive team, we highly appreciated his ambition to constantly challenge himself and the organization. His drive for continuous improvement and his remarkable talent sparked the passion for the security of others. He was a great mentor to so many Trend Micro employees.”

Raimund Genes gained a wealth of security expertise and experience over the course of his 30-year career. Originally a distributor for Trend Micro with his own business, he founded Trend Micro Deutschland GmbH, Trend Micro’s subsidiary in Germany in 1996. During his time at Trend Micro, Raimund held numerous senior management positions, including managing director for Trend Micro Germany, head of sales marketing and sales Europe, president of European operations and most recently global chief technology officer. Most importantly, Raimund was a loving husband and father of two sons and a great friend. Trend Micro and all of its employees share with Raimund’s family and friends the immense sadness of his death.

Raimund Genes who had the keen interest in India was of the view that government of India should draft breach notification laws applicable on every organization especially in the light of digital push of Prime Minister Narendra Modi which aims to bring a larger number of Indian on the digital map. 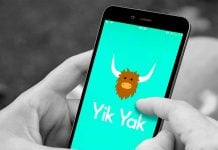 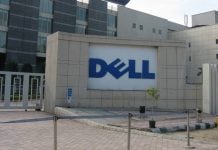